Home→Blog→Uncategorized→The Mint Julep – Is it the “Peeps” of Cocktails?

“A mint julep is not a product of a formula. It is a ceremony and must be performed by a gentleman possessing a true sense of the artistic, a deep reverence for the ingredients and a proper appreciation of the occasion.”
– Lt. Gen. S.B. Buckner, Jr., 1937 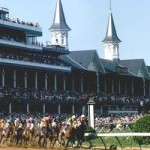 On Saturday, we’ll again be treated to the “fastest two minutes in sports” – The Kentucky Derby. And we’ll be celebrating it with a treat that has become synonymous with the race itself – the Mint Julep.

The Mint Julep has a long, and one might even say fabled, history as the sweet and genteel cocktail of horse racing’s most famous event.  We’ve included four vintage Mint Julep formulas below for your consideration. But consider this:

Is the Mint Julep the “Peeps” of cocktails?

As I’m sure you know, “Peeps” are those sickeningly-sweet, bunny or baby chick-shaped marshmallow treats only seen in Easter Baskets on Easter Sunday. In fact, for the other 364 days of the year they are reviled and actively avoided. Think about it, Mint Juleps are sweeter than most cocktails and are generally only imbibed on one Saturday in early May. On the other 51 Saturdays every year, some other – any other – cocktail is the drink of choice, even in Louisville.

Our advice is to avoid the pre-bottled Mint Julep cocktails unless you’ll be watching the derby from someplace where mixing a fresh one would be inconvenient – like halfway up the Dawn Wall of El Capitan.

Instead try one of our recommended Mint Julep recipes below, all of which have stood the test of time. 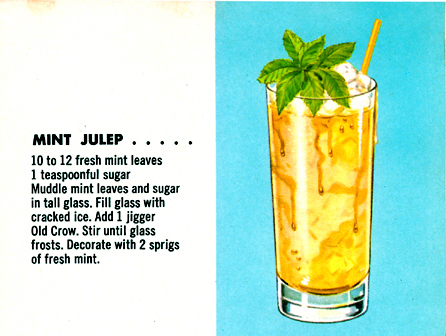 We like how this recipe calls for you to “muddle” the mint leaves much like you would for a Mojito. 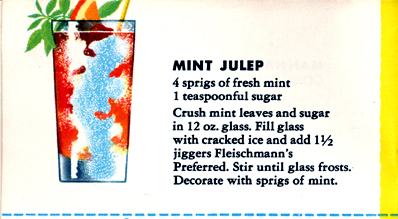 A similar recipe that has a bit more actual booze. 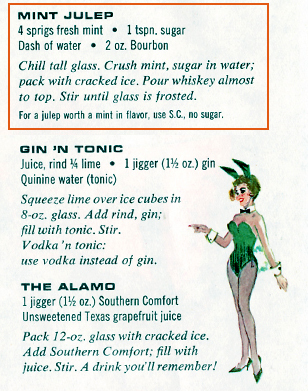 The race-day favorite from a Southern Comfort cocktail guide distributed in the December 1964 issue of Playboy Magazine. Add a swinging touch to your Julep by using Southern Comfort instead of plain old Bourbon.

Bacardi Mint Julep – From How to Make Wonderful Cocktails (Mid-50s) 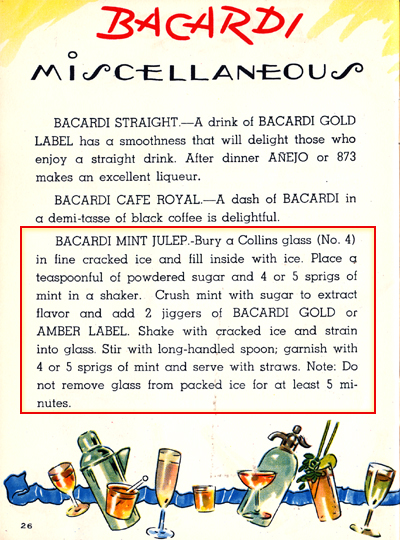 Bacardi adds a Latin twist to the Mint Julep, not only by substituting rum for Bourbon but also for a method of preparation that has you packing a Tom Collins glass in ice for no less than five minutes.

One final comment: Purists say a Mint Julep should only be served in a sterling silver Mint Julep Cup. We actually have a pair of these (actually cheap silver-plate versions made in India). I’m not sure how we got them. If you don’t a silver cup, you can also enjoy a Julep in glass.

That ends our tribute to this once-a-year favorite. So now, as post time approaches and the trumpets begin to blare you’ll be ready to enjoy the derby in true Southern style.

Ours is on this tasty antebellum treat – to win!