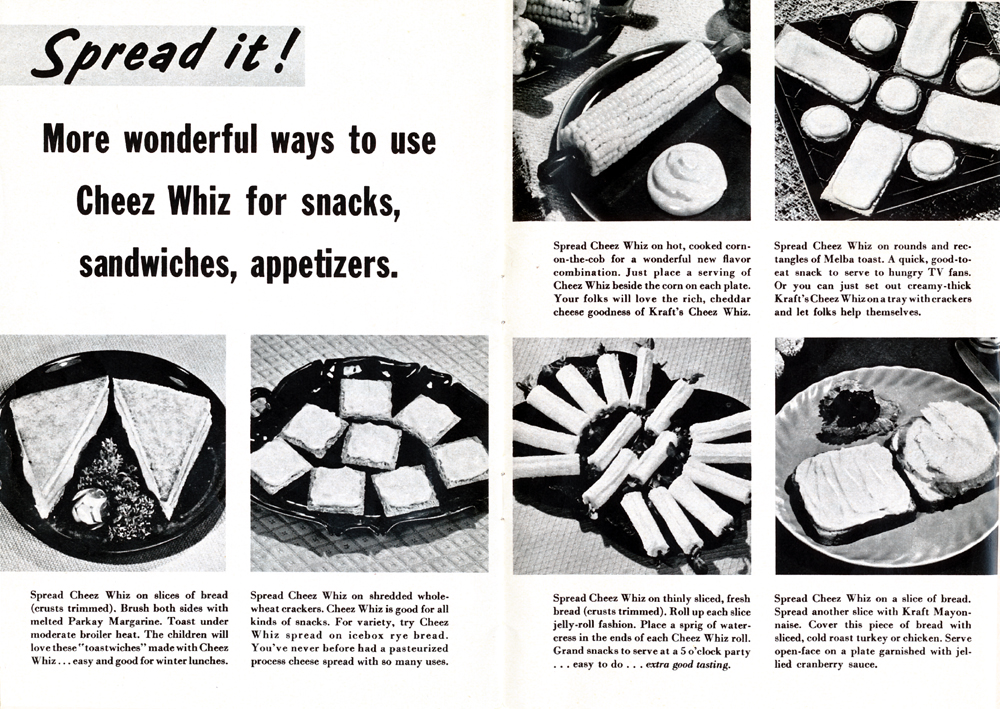 SPREAD IT! I won’t make a joke that the folks from the Kraft Kitchen should have been told to attain the position and “spread ‘em” for their culinary crimes. No, that would be cheap.

Instead, I’ll finally address the elephant in the room. Cheez Whiz or Provolone?

Many highly-regarded experts on native-Philadelphia sandwiches regard Geno’s Cheesesteaks, which are slathered in liberal amounts of Cheez Whiz, as the best. Well, at least those who habla ingles.

Others laud the more traditional use of provolone cheese as exemplified by Pat’s King of Steaks which is generally acknowledged as the inventor of the sandwich that made Philly famous.  (And note that Pat’s offers a Cheez Whiz option as well.) The sandwiches were originally a meat-only affair until “Cocky Joe” Lorenza added the cheese.

I’m not going to weigh in on this discussion. There’s no way I’m getting on the wrong side of this argument. Don’t mess with Philadelphians. Remember what they did to Santa Claus.