From “How to Give a Vodka Party“

Haven’t tried this yet, but it seems a bit gratuitous to add a shot to Guinness, even on St’ Paddy’s day. I imagine Guinness would have seemed quite exotic to American drinkers back in 1959, But then again… 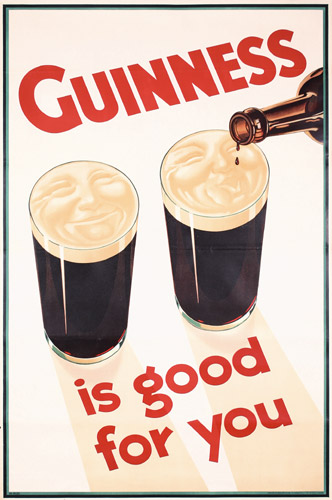 From Bacardi’s “Your Guide to Wonderful Cocktails” – Mid-50s (Coming soon to TheVodkaParty.com)

Named for the silent screen legend and co-founder of United Artists, this sweet and fruity concoction is worthy of “America’s Sweetheart.”

This is from a glorious Bacardi guide from the mid-50s which we’ll be posting soon. We’re posting this recipe now in honor of our pick to sweep the Oscars, The Artist.

So tomorrow night, sip a “Mary Pickford” and root for the first silent movie to win the Best Picture Oscar since Wings was the first, and last, silent film to win Best Picture accolades.

Growing up, “Apple Knocker” meant a New England redneck to me. It turns out the phrase comes from the traveling apple pickers who would “knock” the apples out of the trees.  As drinks go, I think the Smirnoff version is a little too simple, even for a “rustic.” Try this more elaborate version. 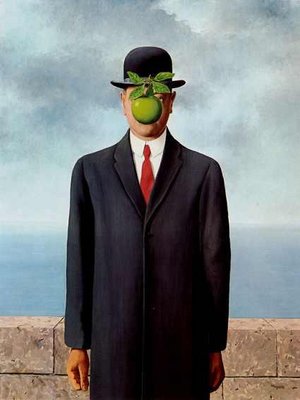 Happy Presidents’ Day – I’m in Quebec now, and this was the only recipe we have that includes maple, well imitation maple flavoring. But I won’t be drinking any milk.

Quebec is perhaps the greatest place on earth. Amazing strong beers, all the poutine you can eat and francophones who love snowmobile racing. C’est Magnifique

But I think they may be going too far. 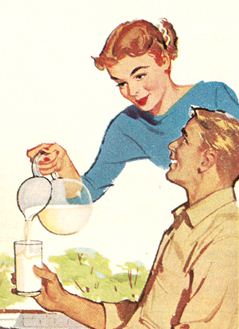 And it’s the women’s curling championship!

Making great highballs is easy as 1-2-3 with White Rock! What caught my attention here is the note that “You don’t need to stir a White Rock drink…Super-Charged White Rock stirs itself – then provides a continuous follow of bubbles to the very end of your drink.” What could be easier?

When you’re Smirnoff, you’re going to find every possible mixer for vodka, but beef bouillon?

In fact, it’s what Rodney Dangerfield orders at the bar in Caddyshack. 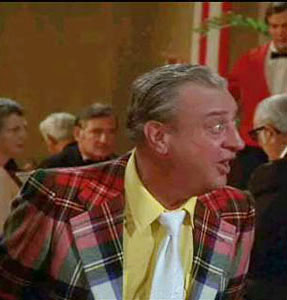 This fine cocktail (with a few embellishments) is a also staple at the classic NYC Steakhouse Ben Benson’s. Try it over ice or steaming hot. 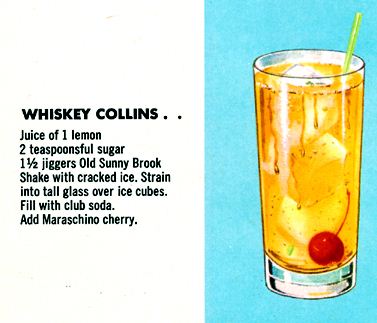 An interesting variant on a favorite cocktail, but good luck finding any Old Sunny Brook to mix it up with. 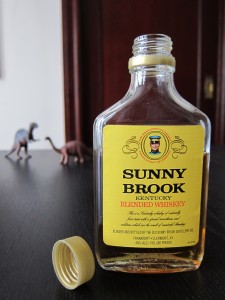