Separated at Birth? The Controversy Continues 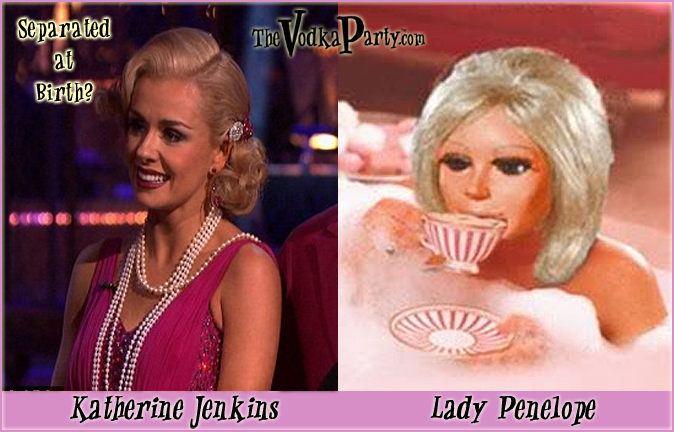 As Dancing With the Stars approaches the finals, one question awaits a final answer: what the heck is going on with Katherine Jenkins and her uncanny resemblance to the stunning 60s puppet TV start Lady Penelope. Will Ms Jenkins tell reveal the truth in the finals next week, or will the mystery continue? 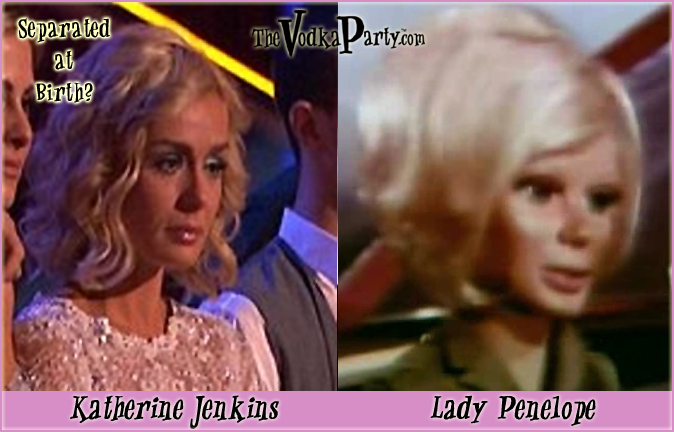 Katherine Jenkins narrowly dodged elimination this week on Dancing with the Stars. To me, this only shines a spotlight on the rumors that have by circulating all season. What is the connection between the so-called “Welsh Wiggler” and the incandescent puppet Lady Penelope of the 60s TV adventure series Thunderbirds? 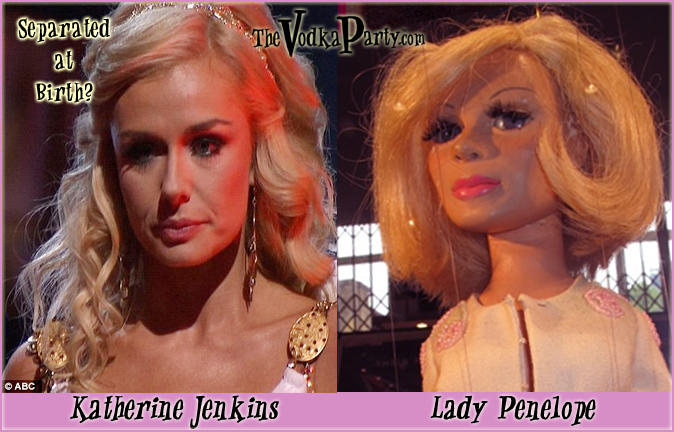 ABC is straining under the weight of keeping quiet the rumors surrounding the Katherine Jenkins / Lady Penelope mystery. And we’re straining under the weight of finding photos that are at least minimally credible. But the truth must come out! Is this the enigma of the ages, or the stupidest thing to come along in a while? Let us know what you think. 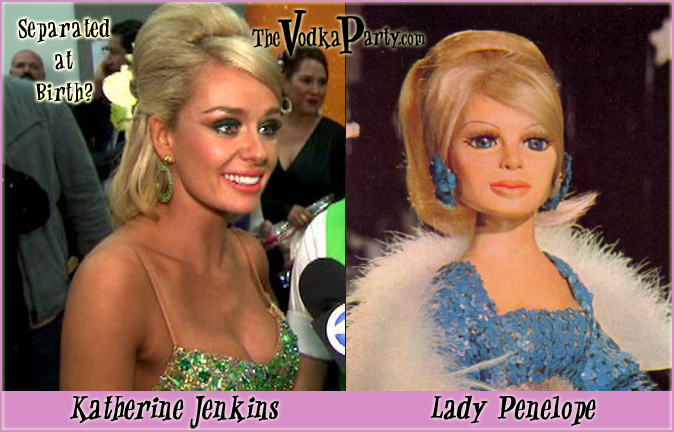 Ok, I’m getting tired of this. The American Broadcasting Company continues to remain silent on the uncannily suspicious resemblance between the so-called “Welsh Wiggler” and the incandescent Lady Penelope (of the 60s TV puppetfest, Thunderbirds). Help me out here. Call your local ABC affiliate and if they have a comment post it here. The world must know the truth! 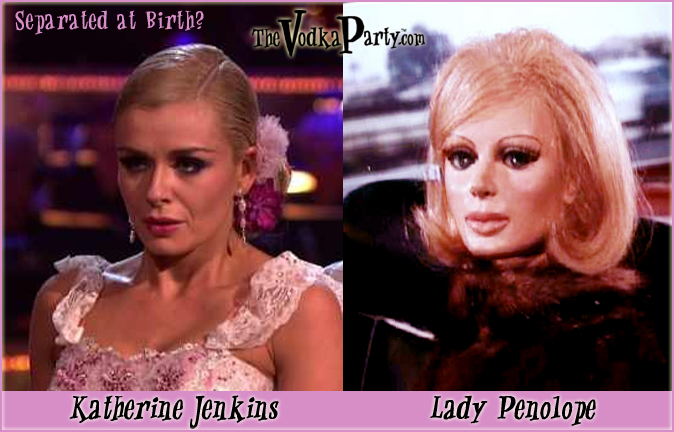 Just as Katherine Jenkins was on fire on the dance floor in Week 5 of ABC’s Dancing with the stars, the questions over her connection with Thunderbirds‘ Lady Penelope show no sign of cooling down. Separated at birth? Long lost sisters? Product of the same puppet maker? No one is saying.

What do you think? Is this the mystery of the year or the stupidest thing you’ve ever seen? Let us know. 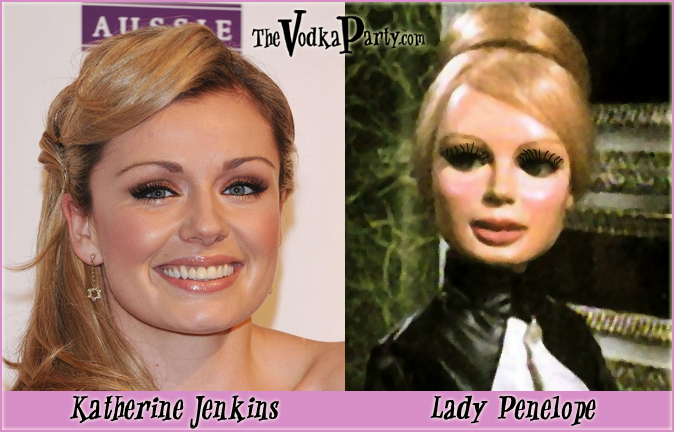 Entering the fourth week of Dancing With the Stars, Katherine Jenkins continues to stand out, not just for her flawless beauty and graceful dancing skills, but also for the still unexplained controversy over her remarkable likeness to 60s TV puppet Lady Penelope of Thunderbirds. What gives? What do you think? Are we nuts? 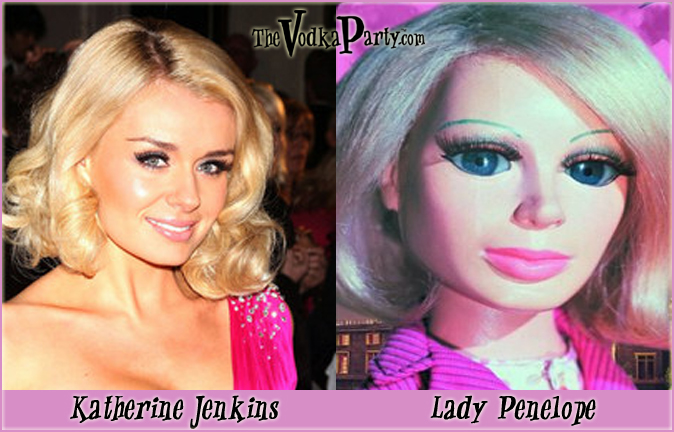 As Dancing with the Stars enters the third week of the new season, the producers have yet to comment on the controversy that has viewers wondering what the heck is going on.

Spokesmen for the network remain mum contestant Katherine Jenkins’  amazing resemblance to another British beauty, the sexy and sophisticated secret agent, Lady Penelope from ITV’s classic adventure series the Thunderbirds. Separated at birth?  Reincarnation? What is going on? 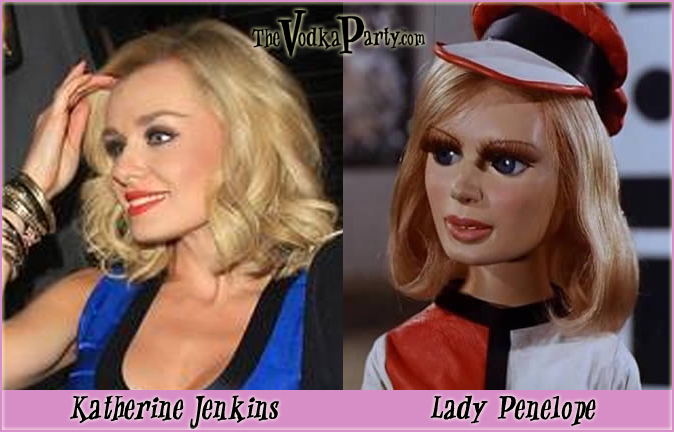 Perhaps the biggest surprise of season 14 of Dancing with the Stars is Katherine Jenkins, the Brit classical songbird with a voice like a nightingale and elegance to spare.

But is it me, or is she a heavenly doppleganger for another stylish and sophisticated English import – Lady Penelope of The Thunderbirds (the original ITV Supermarionation TV Series from the mid-60s)?

Let us know what you think. 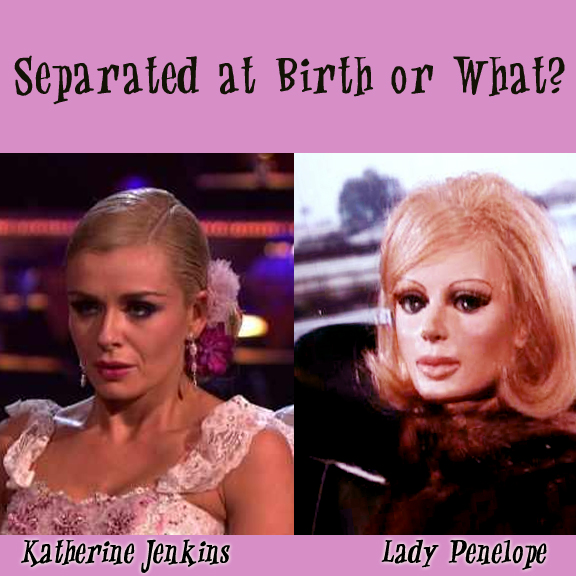